New Delhi, Feb 2 The Enforcement Directorate (ED) has conducted searches and questioned a retired senior diplomat on charges of alleged violations of forex laws in the issuance of certain government grants by India to friendly countries.

The retired diplomat has been identified as 1973-batch Indian Foreign Service (IFS) officer Deepak Vohra who has served as Ambassador to Sudan and few other countries before retiring in 2011. He also has been an anchor with national broadcaster Doordarshan.

The agency, official sources said today, searched his premises and few other firms allegedly associated with him few days back under the provisions of the Foreign Exchange Management Act (FEMA).

"They (ED) are investigating a company called Angelique International. I was the Honorary CEO of a subsidiary of Angelique and I resigned two months ago becase the company made zero money and they (ED) wanted to know my connection with Angelique. They had information that I was closely involved with this firm. I told them this was not true," Vohra told PTI.

He said there has been no wrongdoing or truth in the charges and that no work was given to the firms under probe as part of the 'line of credit' offered by India to Sudan or any other country during his service tenure.

The ED, according to official sources, is probing the allegations of hawala dealings and contravention of FEMA by these firms and those associated with it in extending these monies and associated projects to African nations in the past.

A 'line of credit' pertains to a credit source extended to a friendly government, by India, through its banks and financial institutions.

"I am still a Special Advisor to the heads of three countries which are South Sudan, Guinea Bissau and Lesotho and the allegations against me are baseless," he said.

The agency conducted the searches last week and apart from seizing documents, it recovered 45 USD from Vohra's premises besides cash and other currencies from various other locations as part of the action. 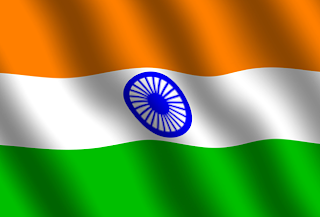